As the name implies, the honeybee (Apis) is a type of bee that produces and stores honey in their nests. These animals are actually a subset of the bee family, although many people tend to think of them as just “bees.” It is important to remember that these bees are actually the only species that rely upon honey as well as nectar and pollen for survival. They may seem small, but these animals are actually one of the most advanced on the planet. They live in highly organized societies each bee is assigned a classification that it must adhere to throughout its lifetime.

The strict division of labor is quite remarkable, especially when one considers that each bee knows its duties and purpose with respect to the group. It can safely be said that honeybees are more social than humans even, due to the degree of dependency they share with one another. If we can learn anything from honeybees, it would be how cooperation can go a long way. Here are some facts about these wonderful animals, and how they benefit us humans.

The Life of a Honeybee 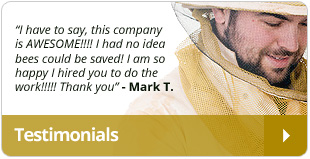